How to Transfer Microsoft Outlook Emails to Outlook MAC 2011?

Do you want to import Outlook emails into Mac machine? And confuse that how to accomplish it, since both the versions of Microsoft Outlook platforms create distinct file formats to save the email.

Yes, Microsoft Outlook (for Windows) and Outlook 2011 (for Apple Mac) use two different file formats to save their emails or related database and an Outlook user should familiar with these data file formats. 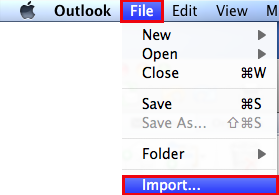 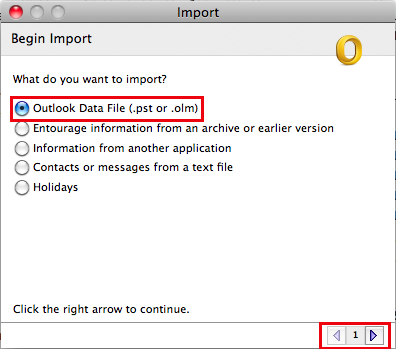 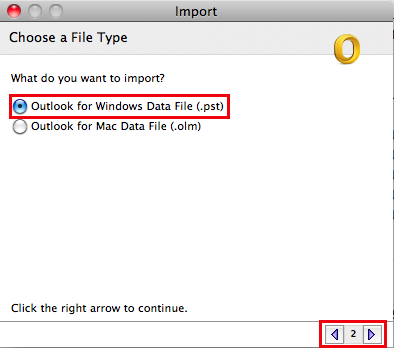 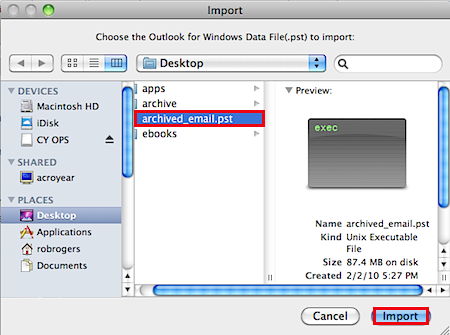 Note: Outlook for Mac 2011 also provides an option to import OLM file with their "Import" feature. 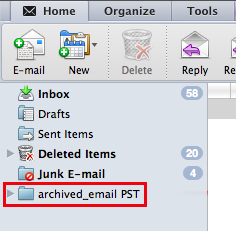 There is another workaround where a user can import outlook emails into Outlook Mac using an IMAP connection. IMAP is fast and endows effective online synchronization and this is one of the reasons that makes it most recommended while synchronizing email address with email clients.

How can an IMAP Account Transfer PST to Outlook MAC?

It has been cleared from the above paragraph that IMAP is the protocol which directly synchronizes email client to the server and this is also a core method to move PST data into Outlook Mac 2011.

Every technology and related methods come with a list of pros and cons which portrays their concise image. Similarly, the above defined solutions are appropriate up to an extent, but can't be considered perfect for most of the scenarios.

Outlook for Mac 2011 "Import" features can import outlook emails into MAC within a few clicks, but it has also been discovered that importing does not give excellent results as it is not capable of dealing with corrupted or damaged PST File.

This is one of the biggest demerits of the "Import" feature that it does not transfer PST to Outlook MAC perfectly whether its about Windows environment or Mactionsh.

The second method which is quite helpful in the case of transferring only emails. Using an IMAP connection to synchronize Outlook emails to web server and then to Mac Outlook 2011 is really a good idea, but it can't transfer the varied items of Outlook Data File such as Notes, Contacts etc.

In conclusion, both Importing or IMAP based methods can hamper the transfer of Data and at some point they do not give positive results either.

Now, the question is "Is it Possible to Access Outlook PST File Data into Mac Without any risk of data loss?"

My answer would be "Yes" as there are some alternative applications which provides an advance and straightforward solution to resolve such tasks.